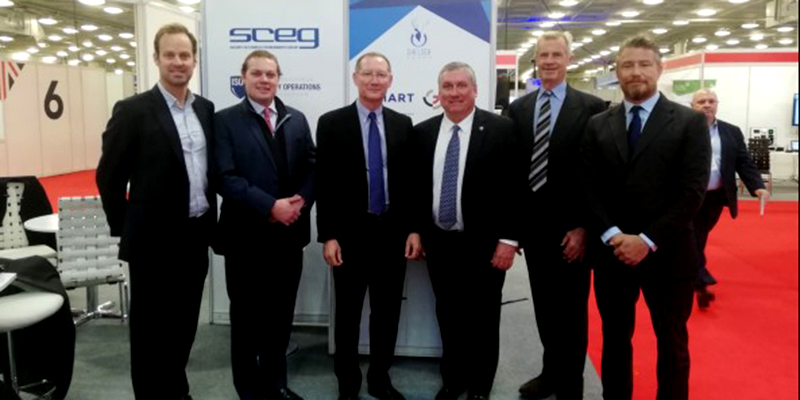 Chelsea Group companies, Hart, CTG and Security Exchange collaborated to participate at the recently held 2019 International Security and International Disaster Relief Expos in London, the most preeminent security events on the global calendar.

The ISE attracted over 13 500 visitors and 375 exhibitors and security industry decision-makers from over 50 countries. Delegates were included from a broad spectrum of sectors including Government, Transport and Borders, Law Enforcement, Military, Major Events, Emergency Services, Critical National Infrastructure and Private Sector.

An important networking and debate opportunity

According to Graham Kerr, Chairman of SCEG (Security in Complex Environments Group) and Chief Administration Officer for Hart, one of the most valuable returns of an event of this nature is the unique opportunity it provides for engagement between government agencies and departments to network and debate with private sector security experts.

“The new government agency and department zone, as well as the International Forensics section and Summit on Global and Organised Crime were certainly highlighted this year.

“Topics around global and organised crime are especially important right now because the face of terrorism has changed in recent times. Whilst future large scale attacks cannot be ruled out, the current trend of lone assailants is the new modus operandi and so risk management has to shift somewhat from prevention to effective response to random attacks,” said Kerr.

All topics, by over 200 world-renowned speakers, were certified by the Security Institute and included themes on Aviation and Border Security, Cyber Security, Protecting Crowded Places, Crisis Management and Business Continuity and Designing in Security.

“The quality of the speakers was exceptional, but the impressive amount of 1000 new products and services on display, which included live technology demonstrations in the areas of drone and counter-drone advancements, also made for fascinating discussion,” said Kerr.

The International Security Expo (ISE) and the International Disaster Relief Expo was held in the Kensington Olympia Exhibition Hall in London from 4-5 December 2019 and has become the largest event of its kind in the world.

In the below video, uploaded by the ISE, participants and visitors comment on the 2019 exhibition highlights.