Advice for Doing Business in Somalia 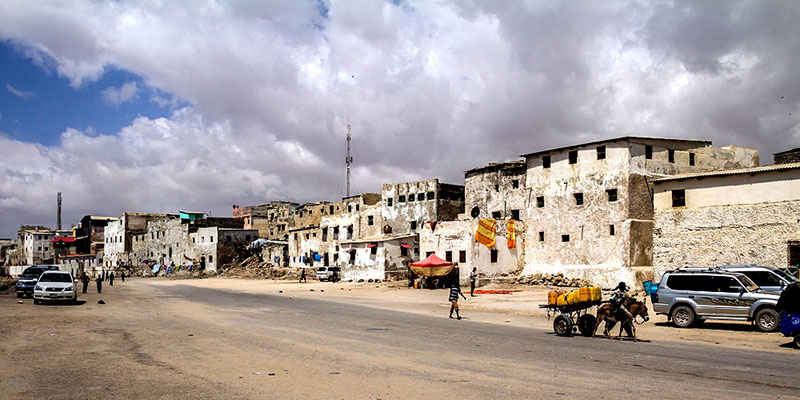 As the world continues to develop into a melting pot of cultural diversity, sensitivity towards the customs and cultures of others in the workplace, as well as when doing business in foreign countries, can go a long way to ensuring success.

This could not be more true than in Somalia, where a steady influx of foreign aid workers, global health organisations and financial institutions are contributing to the regeneration of civil society. Many of these individuals are hosted by Chelsea Village, a comfortable and secure accommodation compound within Mogadishu’s Aden Adde International Airport (AAIA) safe zone.

The team at Chelsea Village, who have been successfully operating in Mogadishu since 2015, share  important advice to both short and long term visitors to the country.

There is a definite distinction between international teams who have taken the time to be educated on the country’s customs and culture at a grassroots level, says Costa Yiannakis, Camp Director at Chelsea Village.

“There is a lot to learn with regards to gaining the trust of local people which inevitably develops and grows personal relationships and in turn, business relationships.

At Chelsea Village, we have personally been very inspired by the entrepreneurial spirit and ‘get-up-and-go’ attitude of the Somalis and I believe a lot of other nations can learn from this,” says Yiannakis.

If you or your team are planning a trip to Somalia, having this basic knowledge could not only enrich your stay, but it could contribute to the overall success of your project.

One of the first things to consider when visiting Somalia is that most of the population adhere to Islamic beliefs, these include a modest dress code especially for women. Visitors would do well to respect this custom by covering their knees and shoulders in public places. In particular, women should consider wearing skirts rather than trousers and covering their hair with a scarf.

5 ways to gain trust and respect

One of the most distinctive aspects of Somali heritage is the nation’s rich tradition for storytelling, proverbs and poetry. The reason for this could be that their language only developed into written form in the early seventies resulting in hand gestures, particularly amongst women, that add extra flair to communication. Some common gestures include:

Here are a few typical greetings to practice with a Somali friend or co-worker.

Even though the official first language in Somalia is Somali, Arabic is spoken and read as a second language because most of the population is Muslim, but it is also not uncommon to hear Italian and English and an array of other languages.

The polite giving and receiving exchange

Somalis are extremely hospitable and one of the most endearing ways that this is shown is through a polite exchange between givers and their recipients, whereby it is custom to graciously decline an offer a few times before accepting it. The insistence to extend the offer shows generosity, while the humility in receiving shows that one is not greedy.

When giving or receiving a gift, make sure that this is done with both hands or only the right hand.

Don’t be surprised if you hear the word ‘Mashallah’ (May God bless) after complimenting a Somali, this is because of the strong belief that over-complimenting or praise can invoke a jealous spirit, or envious ‘evil eye’ and result in misfortune, harm or illness. To acknowledge something once is acceptable, but it’s advisable to not over-do a compliment in Somalia.

Private education is advanced and available for those who can afford it on an equal-gender basis. One of the areas where Somalis have used their education to rebuild the country is through the technology and telecommunications sectors which are relatively advanced.

But this is not all.

“Over the past two years a huge amount of quality, modern construction has been visible in the city at an impressively fast rate.

There’s a multi-storey hotel currently being built at the ocean which is going to be interesting from a tourism point of view. It’s exciting to imagine what all this current, high-end development which is happening at such a rapid rate, will bring to the city of Mogadishu, particularly, over the next five, 10 and 15 years, says Yiannakis.

In Somali culture, the man is seen as the head of the home and family is considered to be of greater importance than the individual. As a result, every resource is shared especially in times of hardship and celebration.

Family planning is less relevant and even irrelevant in Somalia than it is in western society and it a sign of status for a woman to have many children.

When a child is born, both mother and baby stay indoors for a period of 40 days called ‘afatanbah’. The mother wears earrings made of string that has been immersed in garlic and the baby wears malmal (a herb) to ward off the evil eye. After the 40 days, a great celebration and naming ceremony usually takes place.

Death is also significant in Somali culture and while mourning is not frowned upon, too much mourning is seen as interfering in the will of God. Widows wear white for a period of time and members of the community pay visits and offer cash (as opposed to flowers or sympathy cards), even if the deceased was not known to them.

The Somali view on medicine

Even though most rural Somalis do not practice the routine primary health care taught by modern healthcare practitioners, there is an awareness and acceptance of western medicine and tangible treatment like injections or vitamins are generally well-received.

According to Chelsea Village’s Yiannakis:

Somalis are top class negotiators and anyone intending to do business successfully in the country should hone their negotiation skills.

Doing this, he says, while applying their rich cultural customs and always treating everyone with the same respect, no matter who they are, will gain trust, generosity and appreciation from the Somali people.

Finally, managers should constantly assess how their teams are coping inter-culturally in Somalia. Not only will they see enormous benefit by doing this, but they will also be able to avoid any tension before it rises, advises Yiannakis.

Chelsea Village is a company within the Chelsea Group.

Other Sources and further reading